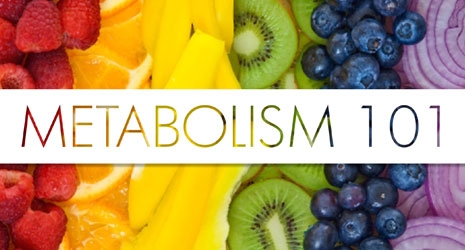 Metabolism is the process in which your body converts what you eat and drink into energy. During this complex biochemical process, calories in food and drinks are combined with oxygen to release the energy your body needs to function. Metabolism is a constant process that begins when we’re conceived and ends when we die. It is a vital process for all life forms — not just humans. Even when you’re at rest, your body needs energy for all its “hidden” functions, such as breathing, circulating blood, adjusting hormone levels, and growing and repairing cells. The number of calories your body uses to carry out these basic functions is known as your basal metabolic rate. The basal metabolic rate, or BMR, is a measure of the rate at which a person’s body “burns” energy, in the form of calories while at rest. The BMR can play a role in a person’s tendency to gain weight. For example, a person with a low BMR (who burns fewer calories while at rest or sleeping) will tend to gain more body fat over time, compared with a similar-sized person with an average BMR who eats the same amount of food and gets the same amount of exercise.

Specific proteins in the body control the chemical reactions of metabolism, and each chemical reaction is coordinated with other body functions. Thousands of metabolic reactions happen at the same time and are all regulated by the body to keep our cells healthy and working efficiently. Metabolism is influenced by your age, gender, muscle-to-fat ratio, the food you eat and physical activity. Most of the energy you expend each day is used to keep all the systems in your body functioning properly and is out of your control. However, you can make metabolism work for you when you exercise and eat a well-balanced diet.

Metabolism is a complicated process, so it’s not surprising that many people think of it in its simplest sense: as something that influences how easily our bodies gain or lose weight. That’s where calories come in. A calorie is a unit that measures how much energy a particular food provides to the body. A chocolate bar has more calories than an apple, so it provides the body with more energy however if you eat more than your body requires in a day the body stores the extra calories you consume primarily as fat.

Two Processes of Metabolism – Your metabolism has two parts, which are carefully regulated by the body to make sure they remain in balance. They are:
Catabolism – The breakdown of food components (such as carbohydrates, proteins and fats) into their simpler forms, which can then be used to create energy and provide basic building blocks for growth and repair.
Anabolism – The part of metabolism in which our body is built or repaired. Anabolism requires energy that ultimately comes from our food. When we eat more than we need for daily anabolism, the excess nutrients are typically stored in our body as fat.

We will be posting more information on metabolism over the next few days including parts 2,3 and 4 so please check back soon.

~ Health Advice from PMGH – Metabolism, What is it and How Does it Work? Part...
Scroll to top